Chicken with asiago, prosciutto and sage 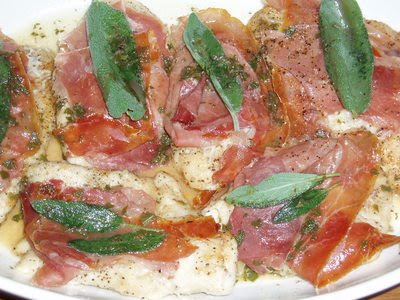 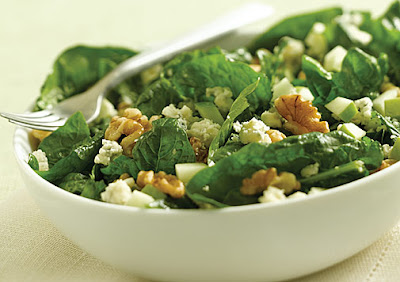 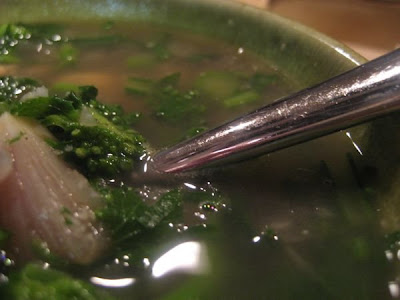 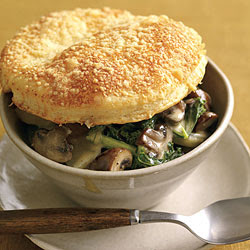 1 sheet puff pastry (9-inch square), thawed but cold
1 egg, beaten with a little water
1/2 cup grated parmigiano-reggiano cheese
2 baking potatoes (1 1/2 pounds), peeled and cut into 1/2-inch cubes
Salt
4 cups chopped kale or swiss chard
2 tablespoons extra-virgin olive oil (EVOO)
2 tablespoons butter
2 1/2 pounds cremini mushrooms, halved
3 cloves garlic, chopped
7 sprigs sage, thinly sliced
Pepper
1/2 cup marsala or cooking wine
1 cup heavy cream
8 ounces ripe brie cheese, rind discarded, cut into small pieces
1. Preheat the oven to 425°. Roll out the puff pastry into a 12-inch square. Set aside four 2-cup bowls; invert 1 bowl onto the pastry and cut out 4 rounds. Place on a parchment-paper-lined baking sheet and brush with the egg. Sprinkle with half of the parmigiano-reggiano cheese. Bake until golden, 12 minutes. Let cool.
2. In a large saucepan, add the potatoes and enough water to cover. Bring to a boil, salt the water and cook until tender, 7 minutes. Add the kale and cook for 2 minutes; drain.
3. In a large skillet, heat 2 tablespoons EVOO and the butter over medium-high heat. Add the mushrooms and cook, stirring occasionally, until tender, about 12 minutes. Add the garlic and sage; season with salt and pepper. Cook until the garlic is slightly softened, about 3 minutes. Add the wine and cook until slightly reduced, about 1 minute. Add the cream and cook, stirring, for 1 minute. Remove from the heat and fold in the brie and remaining parmigiano-reggiano until melted. Stir in the potatoes and greens. Fill the bowls with the mushroom mixture and top with the crust.
Photo from Rachel Ray Magazine
Posted by Unknown at 11:02 AM 2 comments: 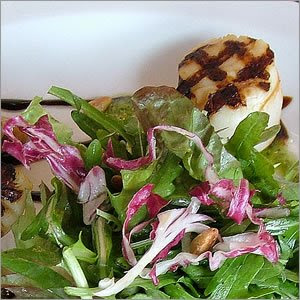 Method
1. Prepare a gas or charcoal grill. Place soy, vinegar, tahini, sesame oil, red pepper, honey, garlic and ginger in a blender, and blend until smooth. When grill is hot, sprinkle scallops with salt and grill about 2 minutes a side; they should remain tender and undercooked in the middle.
2. Combine greens and basil, and divide among 4 plates. When scallops are done, place them on top of the greens. Drizzle with dressing, sprinkle with sesame seeds and serve.
Posted by Unknown at 10:46 AM No comments: 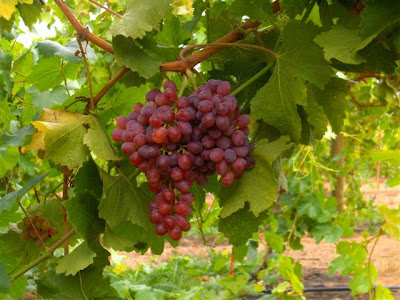 Also on the menu for tonight: Spinach Salad 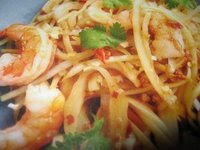 Note about Menu and Recipes

If there is a recpe that require small amounts of an ingredient, that ingredient is used later on in the week. Thus, no wasted food. If you are curious about a recipe, please just leave a comment. There are many substitutions that are possible- so if you don't like a certain ingredient or are allergic to one, just leave a comment and I'll help you.

Somethin' Good is Cooking at their house!

All images are from Google Image Search, unless otherwise stated.